Meat message gets lost in translation 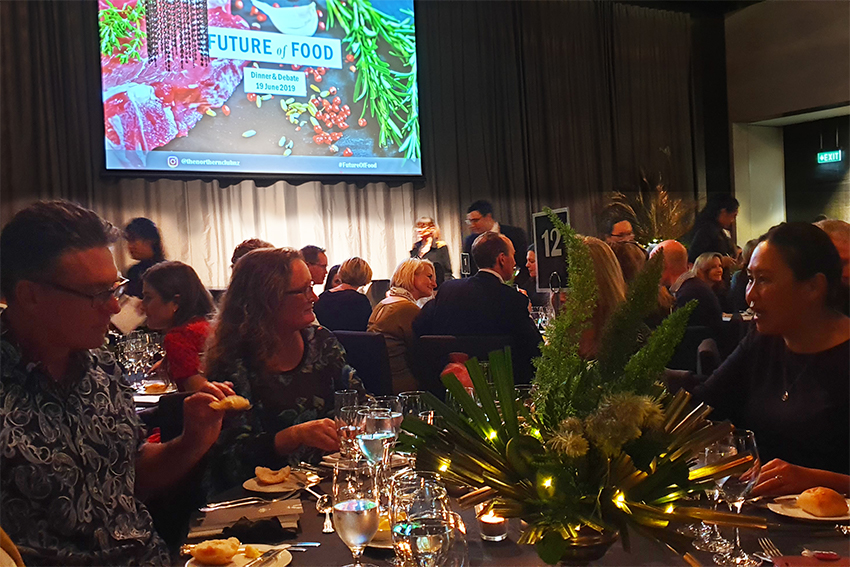 Beef + Lamb’s after dinner joust on the Future of Food at Auckland’s Northern Club last night had all the right ingredients for a bun fight but it turned out to be a much more composed affair.

Famous local foodie Niki Bezzant, our MC for the evening, levelled the playing field from the outset by announcing that 106 people ordered lamb while 25 took up the vegetarian option.

In short, and without any reference to a potential outcome, it told the audience that if the night did descend into a bun fight there was no doubt as to who would win.

Overall, Bezzant did an excellent job and skilfully managed to shut it all down before liberally available amounts of alcohol took hold. Not being an imbiber myself I can hardly comment on the quality of the squeezed grape available last night but would have appreciated more than “water only, sir” at our table.

But it wasn’t the lack of choice in non-alcoholic beverage that bothered me as much as what to do with the two refined carb buns left on either side of my plate. Somehow a mix-up had occurred at our table and I don’t think the carnivores around me had realised, I was one bun up.

It was still early in the evening and the food was yet to arrive so, to get around some awkward conversation gaps, I distracted myself with mathematical considerations as I calculated the distance from my position and Grant Dixon’s head. No, I can’t do that.

Then, and just as the entre arrived, my last distracting thought was of how to hide my extra trophy (left pocket or right?) when Niki Bezzant stole all my thunder.

In her five-minute introduction she clearly spelled out how “we know, from a growing body of evidence, that too much meat is associated with disease risk.”

“And we have talk about the Global Syndemic now, just to really hammer that home where obesity, under nutrition and climate change were all converging and all influencing each other and affecting our health and affecting our planet.”

She also referred to a report published in the Journal of Obesity where researchers “painted a pretty chilling picture to me.

“The world’s food system is broken they said and if we keep producing food the same way we are now by 2050, the environmental impact of the food systems will … exceed the boundaries of planetary stability.

“That to me is science speak for ‘we are in serious trouble’ we are not going to feed ourselves in 30 years’ time.

She also noted that the Eat Lancet report earlier this year had recommended the consumption of only 16gms of red meat a day, that red meat consumption had been reducing over the last decade and that alternative plant protein was now experiencing double digit growth in the supermarkets.

As the subsequent panel discussion developed there were references to concerns she raised but, if there were a prize for the most shocking statement of the night, it would have to go to Angela Clifford, CEO of Eat New Zealand.

Clifford painted a romantic picture of her hard-working family toiling on the land for several generations. She totally ignored health concerns raised by Niki Bizzant and plant based advocated, Dr Mark Craig and somehow arrived at the most bizarre conclusion.

“My family is unlikely to stop growing red meat. We need to do everything we can as a nation to support them and doing it in a way that supports our future.”

Now that freaked me out! I mean, maybe I’m going a bit off the rails here, but I didn’t think this whole thing was all about finding a solution that supports Angela’s family.

Suddenly I found myself franticaly searching the images on my phone. What had I missed? Surely this night was all about changing how we eat but look at the pictures below and ask yourself – where are the greens? 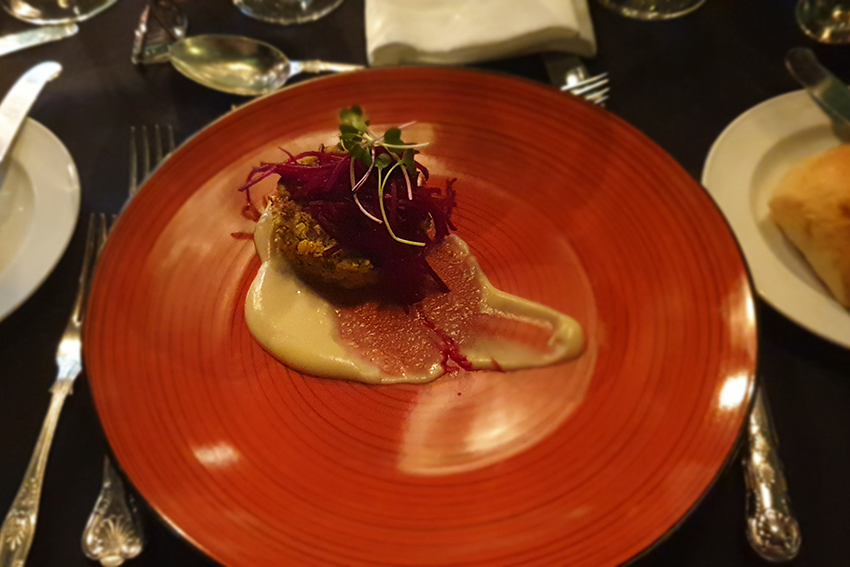 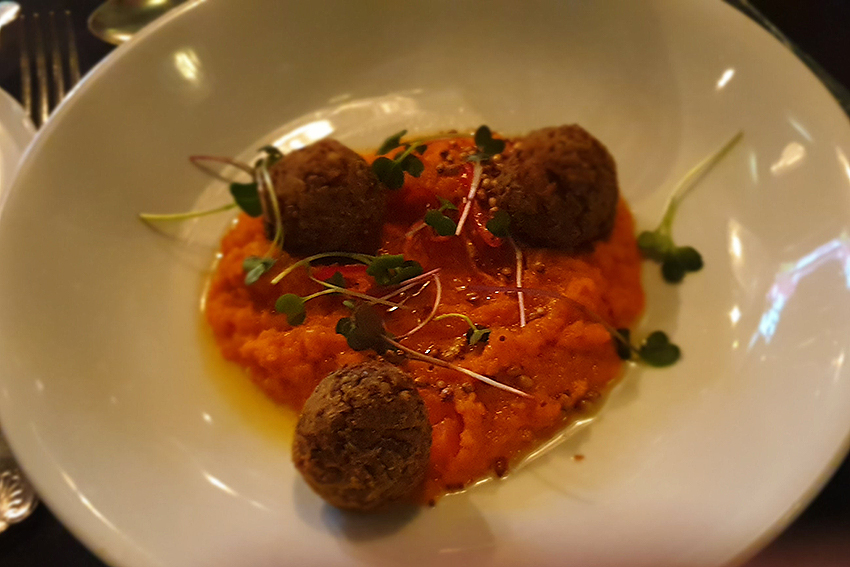 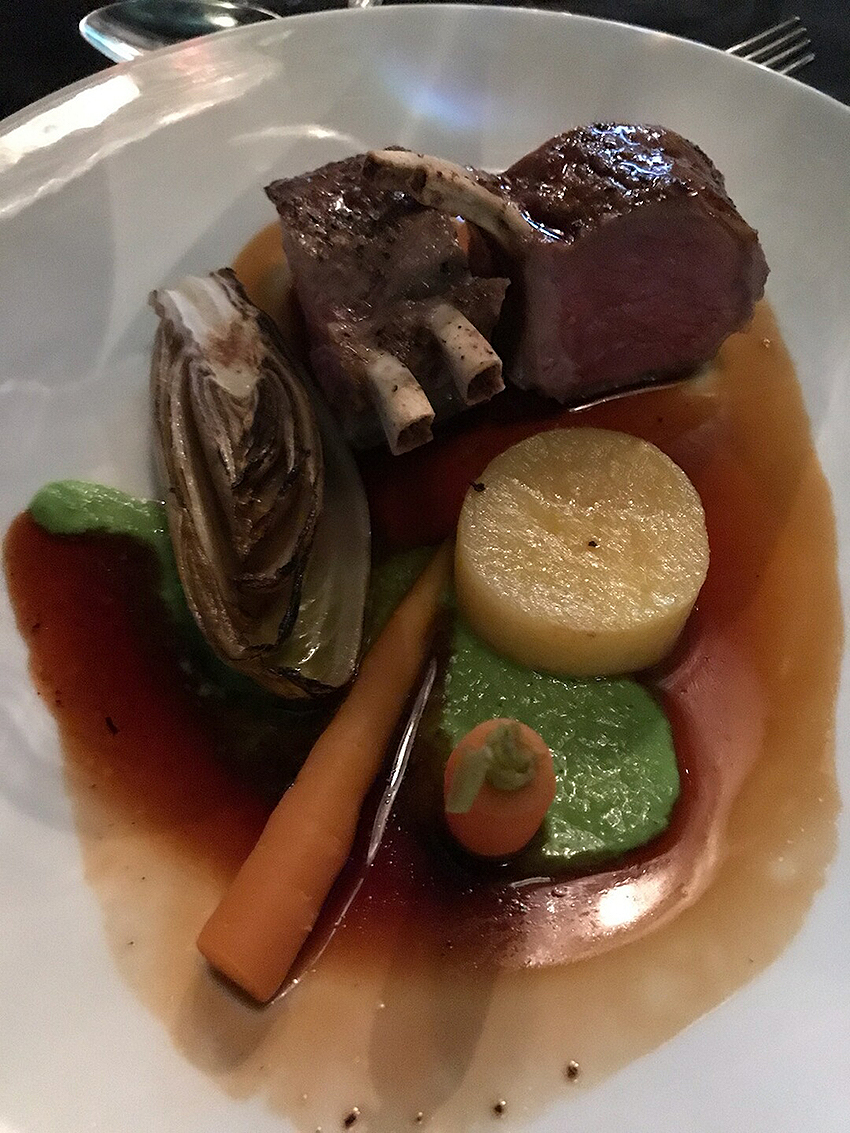 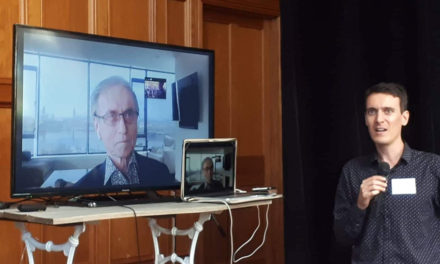 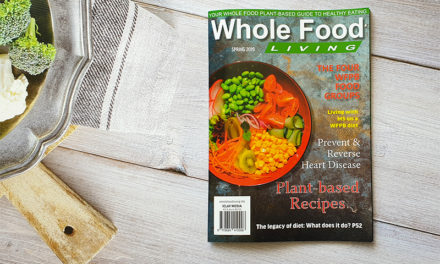 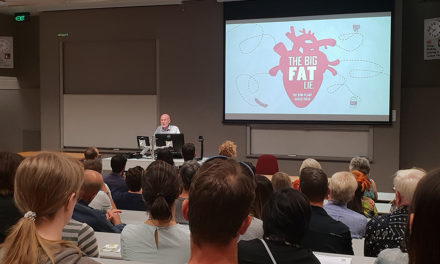 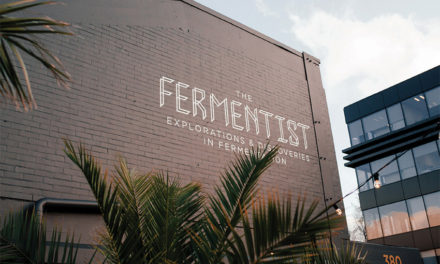